During the 2010-2011 school year, I  worked directly with students with disabilities, their families,  teachers and other professionals in the use of the iPad as an amazing tool that literally changed lives. I focused upon the power of the iPad to increase students’ growth and development, self-determination, self-reliance and independence. It was an amazing year.

Beginning in May of 2010, I accepted a coordinator position for a model demonstration program, Project FOCUS, that supports students with intellectual disabilities in accessing university courses and campus life at the University of Arizona. We currently have a 1:1 iPad program with our first year students and we have seen fantastic growth. Quite simply, student’s are using them to communicate, self-regulate, access academic work, improve social interactions, and increase independence. This short video is a tribute to their success in their first semester.

From the time I got off the plane in Minneapolis and was greeted by Cathy, the magic began. We could barely wait to be seated at the Good Earth Restaurant before whipping out our iPads and launching into an endless round of show and tell. Truth be told, we didn’t wait. We whipped them out while waiting for a table. Middle-aged geeks and loving it!

The magic continued the next morning when we began our “official” show and tell with all the teachers and their iPads. For anyone doing an iPad workshop where all participants have their own iPads, an opening forum where people get to browse each other’s app collections is a perfect launch! From there, in my opinion, we had the perfect day.

After learning about how to be great consumers in the app store (how to read between the lines of ratings, reviews, and lists), we began the first phase of exploration and investigation that will lead to a teaching protocol. Keeping in mind that the magic is in the teaching, we began our focus on 3 key questions related to our student’s learning.

As a result of using the iPad with this particular app:

Next month, when I return, these questions will be the focus of our time together. And now, for the results of our exercise about our “favorite app” (and yes, it was very hard to pick just one):

As the spring semester winds down with the University of Arizona, I demonstrated my final app in my graduate course on methods and assessment of students with severe and multiple disabilities. It was an app I had purchased purely as a joke. You see, one of the many soapboxes I stand on is the one where I protest the limited offering of bowling as a recreation and leisure skill for students with severe disabilities. Contrary to interpretation of others, I am not a bowling basher. I have nothing against bowling and for that matter, I have nothing against people with disabilities learning to bowl. What does make me cringe is the narrowing of opportunities offered to individuals with severe disabilities in the domain of recreation. Most bowling alleys provide adapted equipment so that without any additional accommodations needed,  anyone with any ability might participate and experience success. I’m all for participation and success! But more than that, I am for a bigger life and a bigger world with endless opportunities, or at least a similar number of opportunities as are offered for typical students. For our students who need to have the world brought to them and who are challenged in their ability to communicate choices, I want to provide experiences far beyond weekly trips to the local bowling alley in the name of Community Based Instruction (CBI). I want students to experience and be exposed to as many activities as possible. I want students to developed language and vocabulary related to those experiences. And after we have gone to great lengths to open their world, I want students to choose bowling only because compared to all the many, many things they’ve gotten to do in their life, bowling is their favorite. I don’t want bowling to be their favorite because it’s what has been easiest for teachers to offer.

Now for the app. As a joke, with a colleague and given my bowling soapbox, I thought it might be way too funny if I bought a bowling app. At least this way, I reasoned, a student with severe disabilities might engage with typical peers who would enjoy bowling with them if it was on a cool app. Turns out, bowling is on a cool app! Sort of. Think shuffleboard, poker and bowling all wrapped up into one!

The app is called 10-Pin Shuffle and it is exceptional in its graphics and lifelike performance. It is irresistible to everyone I’ve shown it to so far. It costs $3.99 which may seem pricey but when I consider the amount of time that surely went into its design and development, it seems like a bargain to me. And given its 4 star rating with thousands of downloads, I’m apparently not the only one enjoying it.

In review, here were the apps I highlighted this semester:

Additionally, I did a short demo of Proloquo2Go as a guest lecturer for another course.

What an amazing semester it’s been! Best wishes to Project SCoPE teachers, 2010-2011!

Last weekend marked the one year birthday of the iPad. I was in San Diego at the time and was glued to the laptop, holding my breath, and waiting for “it” to happen.  It.  The world, my world, the world of children with disabilities changing for ever. And now, one year later, I can say that it did not disappoint. One year ago, Proloquo2Go had made its big mark on the map of what would become the special education market for app developers. At the time, I was profiling an app a week in the graduate course I was teaching at the University of Arizona. I was searching the web endlessly for lists of apps related to assistive technology and special education. The one Cathy sent this week was put together by Eric Sailer, app developer, blogger and speech-language pathologist exactly one week after the release of the iPad. His list continues to be one of the most accessed lists on the web.

Since then, hundreds more apps have been developed that specifically target children with disabilities. As you know, the category of disability is broad in its scope of learners. The apps that related specifically to children with Autism Spectrum Disorder (ASD) have received a great deal of attention both in the development and marketing as well as the publicly shared information about apps through online reviews. As a result, the lists can now be as difficult to comb through as the apps.

As a special education teacher and an app developer, I follow these lists closely and I have found a few great resources. I always appreciate apps that are parent tested as well as teacher tested. Parents give great feedback about what works and what does not for their child and they often can point to the specific reasons why one app is better than another. One thing I have discovered consistently: the apps that I think look great and behave well are not always the ones that engage kids on an instructional level. I am constantly learning this lesson.

The “keeping up” section I have provided on this site are some of my favorite resources for great apps and all things related to iPads, kids and special education.  One year later, I am becoming a consumer of reviews rather than just a consumer of apps.

Welcome All! Apportunities with iPads is a forum designed for 20 teachers and parents in the state of Minnesota who are involved in an iPad Project with children who have deaf-blindness. The intent of this forum is to establish a tool that will allow everyone to connect and share experiences related to this project between the times when we are able to gather as a group.

As my  title indicates, I am as passionate as one can be about the technology provided through the iPad while at the same time, I believe the real magic lies in the hands of the teachers. My thoughts are well articulated by another teacher:

Barking Up the Wrong Tree

Throughout this journey, know that when I use the word “teachers” I am referring in a global sense to anyone who is supporting learning. This may be parents, siblings, friends, related service providers, medical professionals, administrators, and more. It may even be a desert girl who will soon find herself misplaced but in good company in “cold country”. I can’t wait to meet you all!

Although I had to cancel the 2nd training due to unforeseen circumstances (life doing what life does), I hope this website will support our connection. I am brand new to designing and implementing blog websites, so I ask for your patience. In fact, I am sending this to you now even though I’ve just begun to list apps and websites.

Welcome to a brand new apportunity!

The fun part of this journey is so obvious! Everyone who has sat beside a child with disabilities with an iPad has witnessed new responses or increased responses or unexpected responses from that child. As a teacher trainer, I am committed to combining our skills (already acquired as well as new ones) with the iPad in order to see even more!  I believe in intentional instruction and I am thrilled to see how far we can go with children when we get everything we possibly can out of the iPad!

New AC App: Something to Say 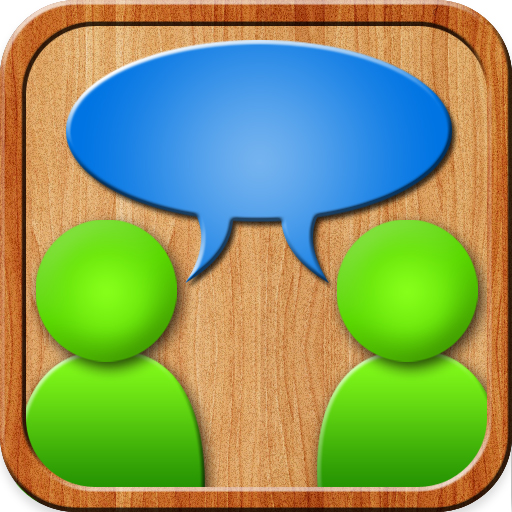 Staying in the Loop